In May 1988, a young(ish) Fred MacAulay made his stand-up debut at 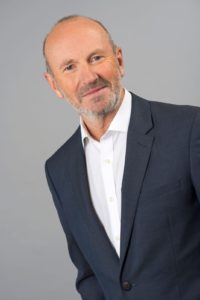 the Mayfest ‘So You Think You’re Funny” competition. Much of what Fred talked about that night was about his (very) young family coupled with his wry observations about society and politics. His observations have led him to success on television and radio, in such shows as QI, Have I Got News For You and Mock The Week To celebrate his 30 years of stand-up, Fred is back touring. His 2017 stand-up shows were legendary and in many reviews the shows were described simply as “A Masterclass”.