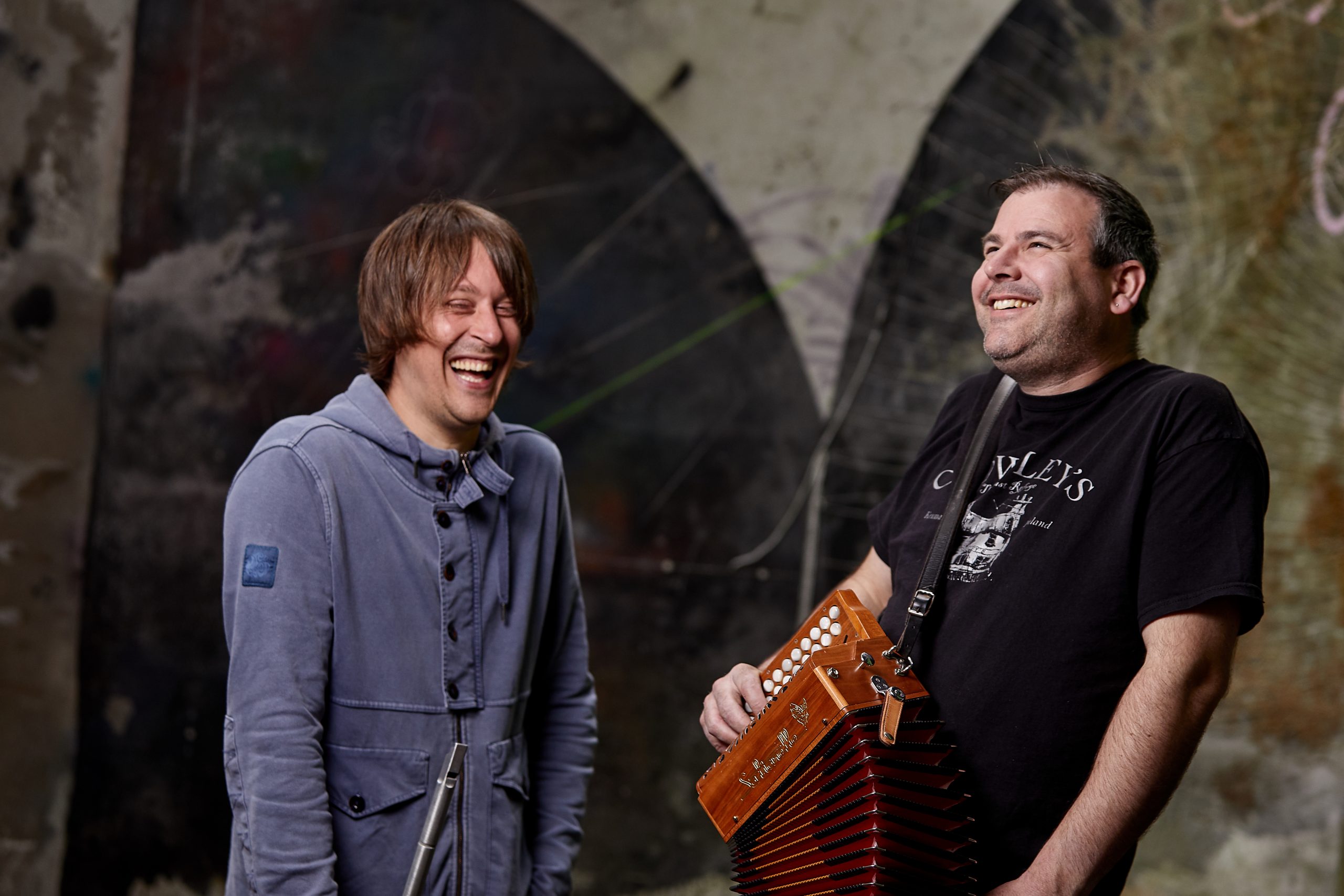 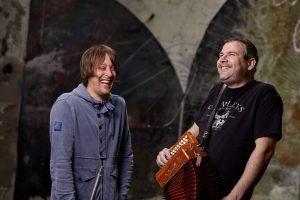 PLEASE NOTE THAT DUE TO A CLASH WITH THE SCOTLAND v CROATIA FOOTBALL MATCH, THIS SHOW HAS BEEN CANCELLED. Ross & Tim will not be hosting a stream from the Universal Hall on the 22nd June so please book an alternative date on the MyPlayer site.

Come and join award-winning musical geniuses Ross Ainslie and Tim Edy – two old friends who are also two of the best musicians of their generation – as they come together for a rare virtual performance filmed at TPot Studios in Perthshire.

Ross and Tim will join every venue on their virtual tour for a 15 minute Zoom call after the show, to answer any questions that you may have. For the Universal Hall gig, the Zoom call will take place after the performance at 21:45 on the 22nd of June and you will find the Zoom link in the event description on MyPlayer when purchasing tickets. (Please note that whilst the performance will be available to watch for one week from the date of 22nd June, in order to participate in the Zoom chat afterwards you would need to do so at 21:45 on the 22nd!)

Tim is a former BBC Musician of the Year (BBC Folk Awards 2012) , winning best duo with Brendan Powers in the same year. He is The Chieftain’s guitarist and accordionist of choice, alongside a long standing solo career. Rated by many to be one of the best guitarists and melodeon players in the Celtic folk scene, he has recorded and toured with everyone from Christy Moore and Altan to Natalie MacMaster.