Nominated as Live Act of the Year at the MG Alba Scots Trad Music Awards 2016, fiery Highland five-piece Elephant Sessions are a musical powerhouse, welding  grooves and guitar attack with quicksilver fiddle/mandolin melodies. The group fuses rich folk and trad influences with rock, funk and electronica in an instantly captivating danceable blend. Renowned for breathtaking live shows throughout the UK and Europe  with appearances at Glastonbury, Denmark’s Tønder and a sold out headline show at Celtic Connections 2017. 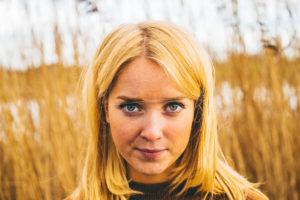 The band will be supported by Kitty Macfarlane – a singer songwriter from Somerset. Her lyrics combine honest snapshots of humanity with the bigger questions that have connected minds and voices for centuries. Kitty’s songs are charged with a sense of place – more often than not her home of Somerset. From questions of global belonging and rights to land, to songs of the anecdotal everyday; music that reflects today’s environmental issues and the clockwork passage of humans, creatures, even drifting continents, across our planet. Her debut EP, Tide & Time, received outstanding reviews and national airplay on the BBC Radio 2 Folk Show and Tom Robinson’s show on BBC6Music, and Kitty has been selected by PRS as a recipient of the Lynsey de Paul prize for 2017.